Buffett observer Robert Miles gave the two-hour presentation, sponsored by the Indonesia Stock Exchange, which tries to emphasize long-term investing over the rapid trading that is more common in some Asian markets.

Miles, a Florida resident, teaches a Buffett-focused course for the University of Nebraska at Omaha's executive MBA program.

It was the Jakarta Stock Exchanges' 40th anniversary. About million of Indonesia's 260 million people invest in the exchange's companies, which have a total share value of about $426 billion. 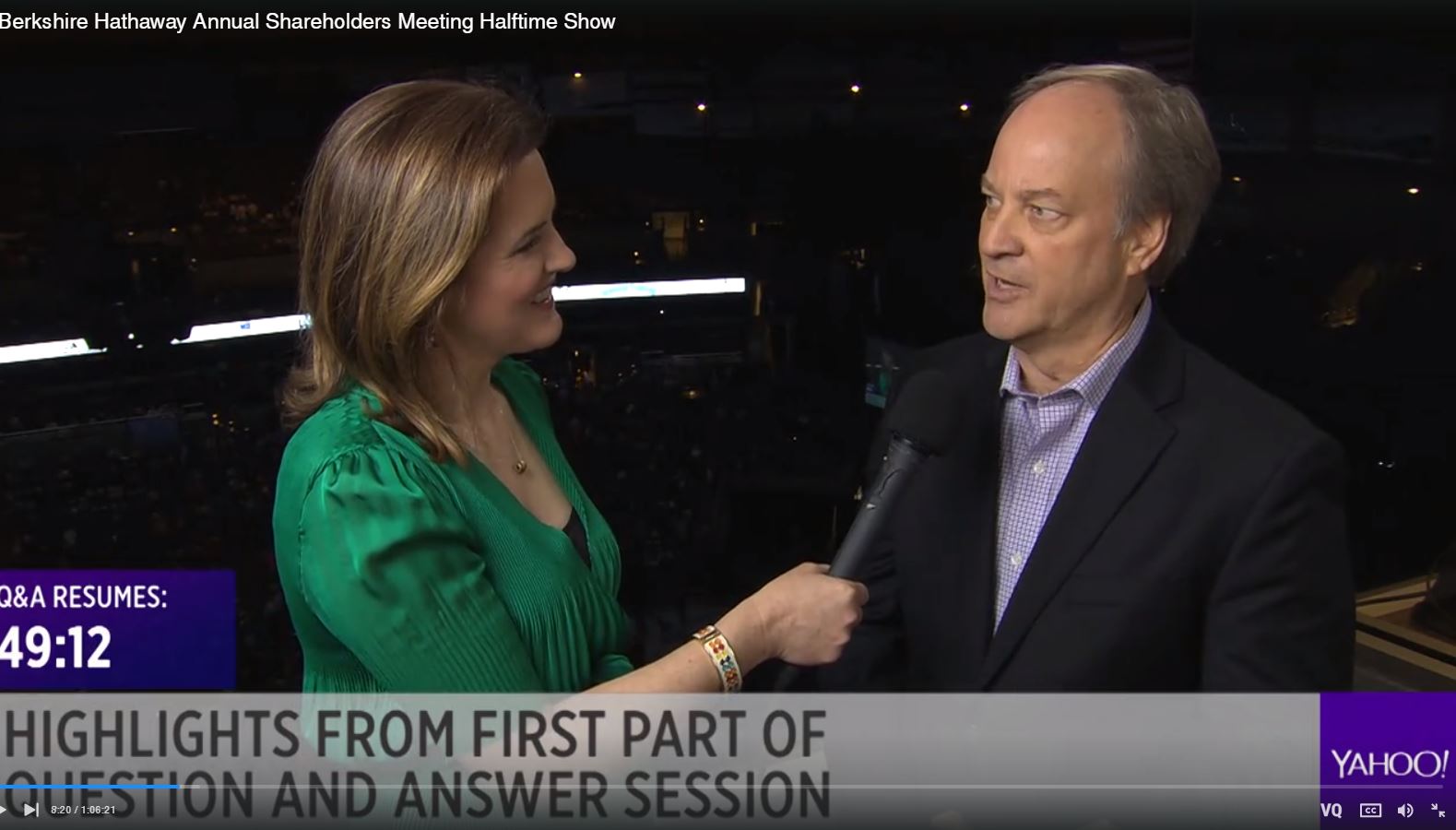 Tonight, we are here to support Help Me See, hear a concert and honor an outstanding man.

Wow so this is Carnegie Hall! While my mother and grandmother were both pianists, that musical gene skipped a generation, therefore I'm here not to...

Read More
..perform, rather to share the extraordinary story of a humble man, Al Ueltschi, the founder of Help Me See. Al had purpose. Al had focus. And, Al was a visionary!..."

University of Nebraska Omaha announces the promotion of Robert P. Miles to the position of Executive in Residence at the College of Business Administration from Adjunct Professor.

Did Warren Buffett listen to four University of Nebraska at Omaha students who recommended that he invest in John Deere & Co.?

But last week's disclosure of a Deere investment by Berkshire Hathaway Inc. shows the students had the right idea when they completed their final exam for adjunct instructor Robert Miles, who teaches an executive MBA class at UNO.

Gretter Ramirez, James Bowen, Chandrakanth Are and Vincent Wong wrote in their 20-page research paper that Deere would fit Berkshire's criteria — good earnings, a strong brand name, a "moat" to protect against competitors and growth prospects given the world demand for food.

They turned in the paper Oct. 13. Last week, Berkshire reported that it had purchased about $330 million worth of Deere shares sometime before Sept. 30.

"Bingo, they got it," said Miles, who has written books about Buffett. "It made me feel good."

The MBA students are a diverse group: Ramirez is a native of Cuba, Are a native of India and Bowen a native of Nebraska. Wong, from Seattle, took the class as a "lifelong learner."

Miles said the students' correct reasoning about Deere shows that one can study Buffett's principles and past investments and come up with ideas that would fit into Berkshire's investment portfolio. The purchase likely was not by Buffett but rather by one of his two like-minded money managers, Ted Weschler or Todd Combs, who handle most "smaller" investments.

During the three semesters Miles has been teaching the Buffett-oriented class, students have made a couple of dozen such recommendations, and this is the first one to nearly coincide with an actual Berkshire investment.

Some University of Nebraska at Omaha students recently heard an offer from Warren Buffett:

Of course, Buffett was making a hypothetical statement, illustrating how to know when a business has a "durable competitive advantage" over others in the same industry. If a competitor had a billion dollars, could it steal away your customers?

It was one lesson among many for the 32 students in a class titled "Genius of Warren Buffett," offered for the first time this fall at UNO's College of Business Administration. The final class session was a two-hour lunch and Q&A with Buffett at the Happy Hollow Country Club.

Offered through UNO's executive MBA program, the class covers not just Buffett's investing ideas but also his management methods, communications style, philanthropy, character and other aspects of his life. The instructor is Robert Miles, who has written several books about Buffett and Berkshire Hathaway Inc., the Omaha-based investment company Buffett heads.

The class is under the auspices of finance department Chairman David Volkman, who will grade the students' final papers later this month.

The company met many of Buffett's criteria for purchase: strong return on capital, a family run company, $135 million in annual revenue and a business plan that's difficult for competitors to copy, said Kenkel, who is international marketing manager for an Omaha health care diagnostics company.

Buffett responded that the team's analysis had hit all the right points, she said. "That was kind of an affirmation that at least we hadn't missed the mark entirely."

The billion-dollar comment also indicated that competitors would have difficulty taking over the Buckle's market, she said.

Buffett also pointed out the price-control advantage that some companies have. If Coca-Cola raises the price of each drink it sells by a penny, that's $17 million a day and more than $6 billion a year.

In all, the UNO students outlined nine companies for Buffett to consider for acquisition. But students kept their comments brief, Kenkel said. "We wanted to maximize the amount of time Warren was speaking. We were there to learn from him."

In return, the Berkshire CEO bought the lunch — burgers, fries and Cokes.

Of the 32 students, 20 are working on MBAs and 12 are "lifelong learners" not earning college credit. Most were from the Omaha area, but some came from Texas, Missouri, California, Kansas and Illinois.

Lessons from the Oracle

After following billinaire Warren Buffett for 15 years, US author and speaker Robert Miles reveals the indelible lessons he has learnned..
...Click to read this article in PDF format! EMOTIONAL discipline, a good understanding of accounting, an insatiable thirst to read and patience are key traits that have made Warren Buffett one of the most successful investors in the world today, said Robert Miles, author and authority on Mr Buffett and Berkshire Hathaway, last weekend. ...read entire article!

To inquire about becoming an underwriter for one or a series of interviews, please send an email